Bacterial infections are amongst the top 3 skin conditions diagnosed in dogs and cats, and veterinary surgeons diagnose them on an almost daily basis. Interestingly, the bacteria responsible for these infections are usually present on the skin before problems arise, and only rarely do animals ‘pick up’ these bacteria at the time of infection. In dogs, the bacterium Staphylococcus pseudintermedius is the cause of most skin infections, and these are usually treated uneventfully with routine antibiotics. 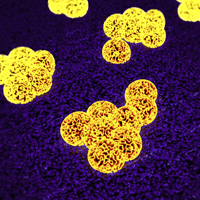 MRSP is an abbreviation for meticillin resistant Staphylococcus pseudintermedius. Resistance in bacteria develops due to numerous mechanisms but ultimately forms due to genetic evolution and the pressure on bacteria to survive in a world where antibiotic usage is widespread.

Resistance to meticillin itself is not a huge concern in the treatment of animal skin diseases, as meticillin is an old human antibiotic not available for animals. However, the MRSP strain has usually also acquired resistance to many more commonly used veterinary antibiotics, and in some cases, this has progressed to the point where there are very few suitable antibiotics remaining. Treatment of skin and wound infections caused by MRSP can therefore be very challenging. MRSP can be thought of as the canine equivalent of MRSA, which is a hospital ‘superbug’ in human medicine that frequently features in the headlines.

What are the clinical signs of MRSP infection? 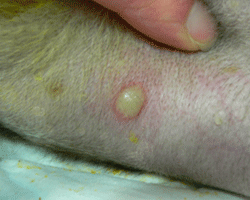 Fig 1: Photograph of a pustule – a common sign of a bacterial infection

Although MRSP is a different strain, it belongs to the same species of bacteria that cause the vast majority of dog and cat skin and wound infections. The resulting clinical signs are therefore no different from ‘normal’ antibiotic sensitive skin infections in animals. Lesions normally consist of yellow headed spots called pustules (Fig 1), scaling, hair loss and redness, and samples from these lesions can usually be taken quite easily to confirm the presence of bacteria.

MRSP was first reported in Europe in 2007, and has become more and more prevalent since this time. MRSP is now found all over the world and should be suspected in cases of skin infections not responding favourably to treatments.

How is MRSP diagnosed?

MRSP infections can be diagnosed by your vet. A swab is taken from the affected site and sent off to a laboratory to grow the bacteria. Various tests are done to establish the species and strain of bacterium involved and numerous antibiotics are tested against it to determine the antibiotic resistance profile. The results from the testing are usually available after 3-4 days.

How can MRSP infections be treated?

Although MRSP is resistant to many of the antibiotic classes, there is currently no evidence that MRSP infections are any ‘worse’ than those caused by sensitive Staphylococcus pseudintermedius isolates. The infections are therefore no more serious as such for the affected animal, just more difficult to treat.

Luckily, the superficial nature of many skin and wound infections means that topical antiseptic products can often be used very effectively against MRSP, thus avoiding the need for oral/injectable antibiotics. For example, many of the medicated shampoos and rinses contain antibacterial compounds for which resistance is still very rare, so these can be very successful treatments when used intensively and in the correct way. Your vet will be able to discuss these products with you and dispense them for your pet. 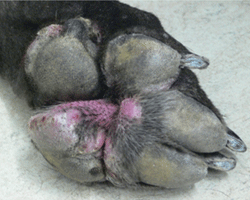 Unfortunately, some MRSP skin and wound infections are too deep for topical treatment alone (Fig 2). In these cases, a search for an appropriate oral/injectable antibiotic is required. Despite the widespread resistance, some strains of MRSP are still sensitive to some classes of antibiotics. Growing the bacteria (from a swab) to establish the most suitable antibiotic to use is therefore vital in these cases. With other strains of MRSP, there are no suitable veterinary antibiotics available and human antibiotics have to be considered. These are often not licensed for use in animals, and can be associated with considerable side effects and cost. The use of these prescription only drugs should be considered carefully following discussion with your vet.

Luckily, despite the obvious challenges, the vast majority of MRSP infections can be treated successfully. It will often take between 3 and 6 weeks of treatment to achieve this, although it can be longer with some deep infections.

Can MRSP spread to other animals and people?

The bacterium Staphylococcus pseudintermedius is carried at certain sites on the bodies of many dogs and cats without causing problems, and without resulting in disease. Studies have shown that dogs and cats can also carry the MRSP strain in the same way. Animals with MRSP infections are therefore at risk of transmitting this resistant strain to other animals, which may not result in an active infection straight away, but could be carried on the body to cause infection at some later point. The same scenario is true of people. However, Staphylococcus pseudintermedius is adapted to colonise animals, so the risk of colonisation and subsequent infection is generally reduced in people.

To minimise the risk to other animals, infected pets should be isolated from other animals where possible and the environment regularly cleaned and thoroughly disinfected. All humans in contact with an infected animal should take sensible hygienic precautions such as thorough hand washing after close contact. These measures should only be relaxed once negative swab samples have been obtained from the affected animal. Your vet will be able to discuss these infection control measures with you in more detail.